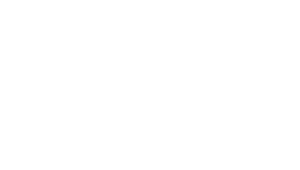 The number TWO in a series of publications by Eamonn Doyle launched at The Library Project in July 16th, and continues as an installation dedicated to all his photobooks to date until 28th August.

Born in Dublin, Eamonn Doyle studied photography and painting in the late 1980s. He spent much of the next twenty years producing music and working in the independent music business, founding the Dublin Electronic Arts Festival (DEAF) alongside the record labels D1 Recordings and Dead Elvis. He returned to photography in 2010. His debut photobook i was self-published in March 2014. ON (2015) and End. (2016) completed the Dublin trilogy. A ground-breaking exhibition of the Dublin trilogy formed the centrepiece at Rencontres d’Arles 2016. In 2018, Eamonn published K, photographed in the west of Ireland. In 2019, Fundación Mapfre Madrid and RHA Dublin staged the first fully comprehensive exhibition of Eamonn’s work to date, accompanied by an extensive publication. Collaborating again in 2020, Eamonn, Niall, David and Kevin made the short film EX, which was selected for the Berlin Short Film Festival 2021 and Austin Arthouse Film Festival 2021. Further self-publications followed: O (2020), ONE (2021) and most recently, TWO (2022). Regularly exhibiting around the world, Eamonn’s photographs now feature in many private collections. Eamonn is represented by Michael Hoppen Gallery, London.